Nomadic Village. Back to the foot of the mountain 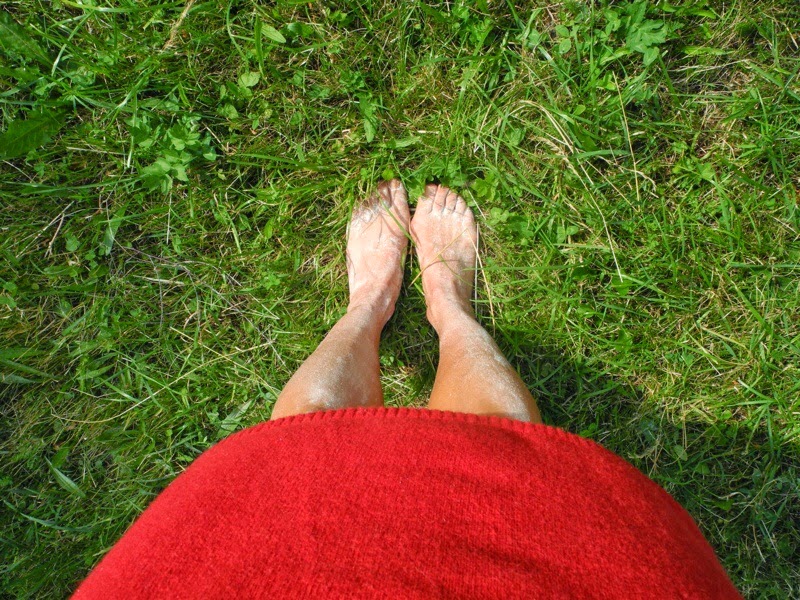 I started a snail farm, I planned a library, I began preparations for a tea house (house = van), I made a museum for the things I found on the road, I started a fashion collection with cloth items that had been brought for me by all the nomads, I baked bread in the mornings, went to the yoga classes, talked to everybody, explored the woods, my rooftop terrass, signed in for paragliding lessons, thought about becoming responsible for the waste collecting so the good stuff could go to the piglets. I ordered a tail, started decorating my new red house on wheels, tried to continue embroidering my suit, tried to remember all the people I had met on the road, tried to write new stories, ignored my e-mails, started to become worried about the future. I heard myself say to people "there are only 1,5 week left". Three days had passed.

I crossed the mountains only to create myself a mountain. Sometimes I'm a fool.

While walking, leaving and staying was the same thing. It was easy to stay and easy to leave. But then I arrived. I reached my goal. And the staying became more important than the leaving.
The planning started, looking ahead, thinking about all the things you should do, could do, want to do. All the things I had postponed during the walking.

Although I had practised staying while walking, and sometimes even stayed somewhere for 3 or 4 days, I fell in some old trap straight away here. I wanted to do everything. The leaving became a threat.

That is when I put my suit back on again. My soft armour. The trousers, vest and jacket that I had been wearing for 96 days. The suit I had taken off shortly after I arrived and exchanged for a new wardrobe of cloth items brought to me by people from around the world who travelled here to find kindred souls. Another project to add to my list, but a nice and easy one. I had sent an e-mail around to ask everybody to bring me something to wear, anything, so I could become a collection of the nomads' tastes, wrap myself in the stories connected to their cloths, be safe and inspired in a new way.

I received a cardigan that had belonged to a mad woman, trousers that had been part of a military uniform and were worn by somebodies father, a favorite dress in which you could either consider yourself the most beautiful woman in the world or not care about anything and wear while jogging, brightly striped socks, a necklace given to somebody by a friend on her 16th birtday, a hawaian style
party shirt, a top to wear while dancing under a disco ball, an african dress, sweaters I could hide
myself in, the latest London fashion item and much more.

The first day, Tuesday, when soldiers camped next to our field, I wore the officer's trousers with the red stripe on the side. I combined it with the London armless shirt, black with white letters, shouting LOL. Yesterday I used the white trousers that seemed to be perfect for the yoga class and afterwards changed into a green summer dress with a striped tie in case anything official might happen. During the day I tried to bring some order into my own chaos, climb my own mountain of things, but a sad feeling had crept in and I found myself staring at my suit from time to time.

Apparently it was time to get back in the suit again. So I did. And it was good. And when I woke up this morning I was still wearing it. But it was a new day. A different feeling. Five thirty. Time to bake bread. I got up from my red couch, in my red van, from under the blanket with the red roses and I found the warm, red, knee long dress from New York that had been bought there by an Austrian woman on a trip celebrating her 50st birthday. A red woolen dress, white flower, a hot oven. A weird combination. I waited outside the kitchen for the dough to rise and watched the sky turn red just before the sun became visible. Shortly after a little girl jumped out off a caravan and ran across the field carrying an umbrella in all colours of the rainbow. She stopped in front of a tiny dog and asked him if he knew what colour it was. 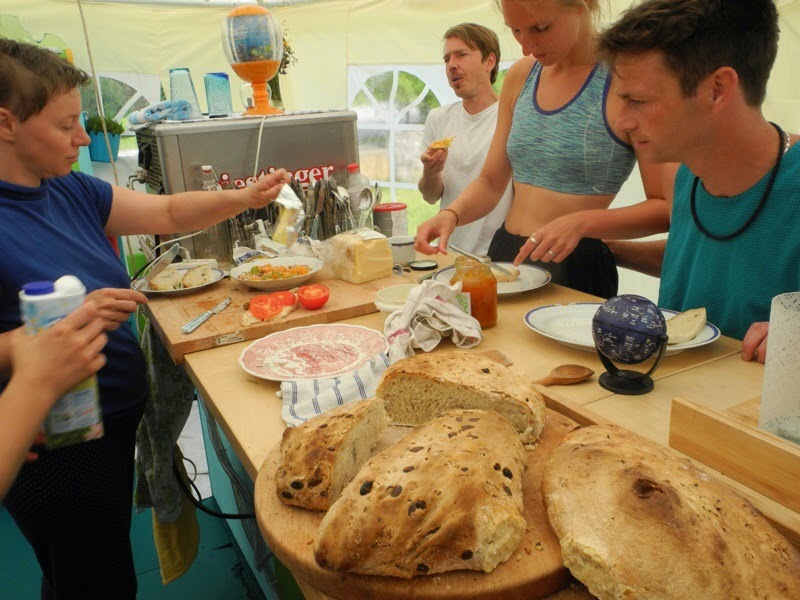