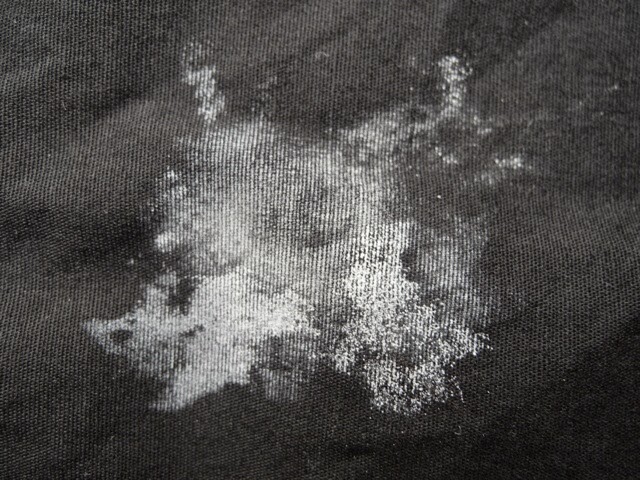 It wasn't until the last two kilometers that I started to think about leaving C. behind. The first time the thought crossed my mind was when the path was overtaken by a cloud. I had seen the sunny sky turning into a cloudy grey mass getting darker and darker, getting closer and closer but with only three kilometers to go I was hoping to reach the mountain hut before there would be rain, or worse, thunder. It was much steeper than I had thought. Or maybe I hadn't really thought about it. I had given myself plenty of time, 7 hours instead of the 4 it usually takes to walk this trail but there were parts where I had to drag myself and C. ahead by holding treeroots in the path, or carrying the cart over big rocks or trees that had fallen over the path. Three times I thought the climbing had ended but after a few meters it began again. Taking three steps and sliding down two, taking breaks every ten meters, making sure to drink enough water, being happy everything that entered my body meant less weight to carry. Sometimes I got too hasty and I fell, realising I should be carefull, breaking a leg wasn't a smart thing to do.
It was crazy. in the beginning, with "only" three kilometers to go, I imagined how I would sit in the warm hut eating something with meat and knödel, writing about how I had thought about leaving C. behind. It wasn't a real thought yet. It was only a thought to start a story. But when after one kilometer the small path was still going up and I started to get really tired and a bit worried about the weather, the thought became real. While walking I sometimes thought about the Saint Exupery book I read a few weeks ago, in which he describes his own walk through the desert when he had crashed and a friend's even worse survival walk through snowy mountains, walking, dragging himself, crawling for days on end. I told myself I wasn't in such a bad situation and there was no way I could leave C. behind.
At some point I thought I should be almost there but when I checked my Ipad maps there were still 1590 meters to go. And I was still going up. It started to rain softly and it was harder to see the red and white signs on the trees. I didn't want to loose time getting myself and C. into raingear, maybe when it would start to rain seriously. But when it did, later, I didn't have the energy to do the reorganisation it requires. I just put my jacket and some other things hanging from the cart in one of the big blue plastic bags I carry around for that purpose and I put on my raincoat, not bothering about my trousers. The wind was starting to get violent.
The trail was sort of flat for a short while but just when it started to pour it went up again. I didn't care about the rain, I only cared about the climbing. The thought crossed my mind I might really not be able to reach the hut without leaving C. behind.

When I finally reached a field where I saw car tracks but still no sign of a hut, I wondered if it was really the right direction. It was still raining like crazy and I was exhausted. I could only take a few steps at the time. The path through the field was going up. It was slowly getting dark. Past 21.00 already. I wanted to know how far it was, if it was the right way and I managed to find a little bit of shelter behind a big tree so I could look at my digital maps again without getting my Ipad too wet. 390 meters. 4 minutes my Ipad said. Haha.

I think those last 390 meters took me half an hour. It wasn't that steep but my legs refused to move. Somewhere in the middle I had to take a serious break again because I felt I was about to faint. I ate some dried fruit and I searched for the banana I knew was hidden somewhere in my bags, I drank the last water.

The hut was there. I still managed to drag C. up the stairs. It was warm inside. People were talking to me and I even managed to answer. I ordered meat with knödel and sauerkraut, I took a shower that must have been the best shower I had in years. The most expensive one too, €3,50, but I would gladly have payed € 25 for it. My meal was served but I couldn't eat. I put most of it in the small plastic container, now lidless because the Pielach rivergods had taken it when I washed my things while staying in the hunters cabin a day earlier, but in the middle of the night, when I woke up around five, warm and comfortable, I ate it and I thought about how the day had started, I had almost forgotten about it. The lady at the bookshop in Hainfeld who kindly gave me the detailed walking map I wanted to buy, because she admired how I walked my road, especially as a woman. The cafe where I ate chocolate cake to celebrate Kara's birthday, last year's youngest nomad and this year present in the Nomadic Village again. The cafe where the owner loved my jacket and carried it around to show it to her other customers. When I left she gave me a chocolate heart with the text "you are a sweet person" in German. The man who told me a story about a bear to take with me. It seemed a lifetime ago.

(trail from Hainfeld to Kieneck, passing the Araberg. I started the day at 387 meter high, finished at 1107, Enzianhütte, from where you can see the 2000 meter high Schneeberg and Hohe Wand, my goal) 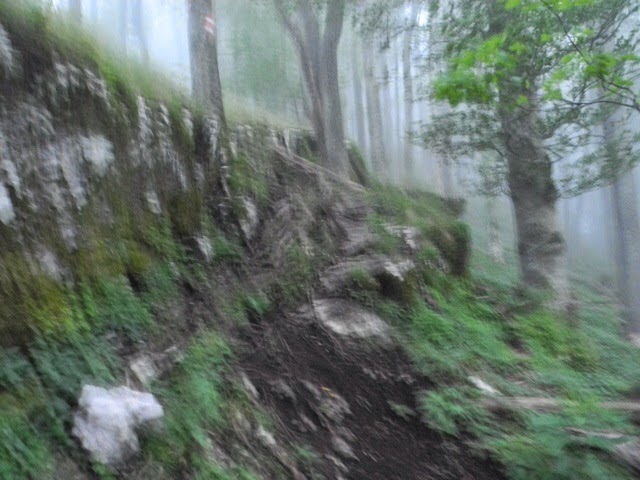 (Today's story is for Kara, I hope her life won't be anything like the walk I made today, although it shouldn't be too easy of course. I wish her the happiness I felt in the cafe in the morning and the feeling of having achieved something in the evening, the love of the people that were on my road throughout the day and a few of the hardships I encountered during my walk, because they are good lessons and make life extra beautiful afterwards)