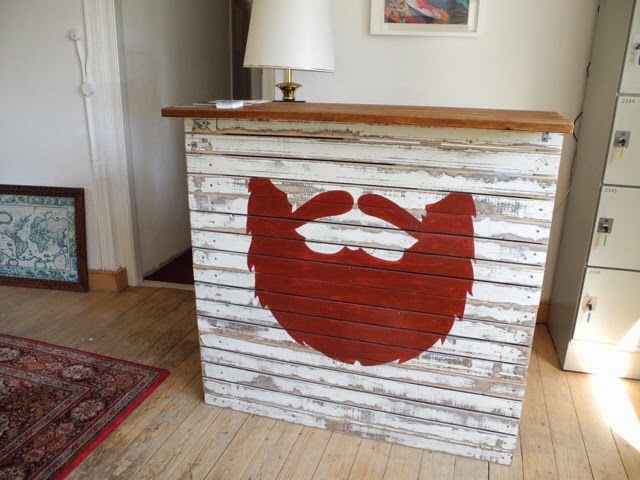 Frederick Barbarossa (1122 - 10 June 1190) was the Holy Roman Emperor from 1155 until his death. He was elected King of Germany in 1152. He became King of Italy in 1155 and was crowned Roman Emperor by Pope Adrian IV in the same year. He got the name Barbarossa from the northern Italian cities he attempted to rule: Barbarossa means "red beard" in Italian. In German, he was known as Kaiser Rotbart.

There is a lot to tell about Frederick's life but what intrigues me most is his death. He embarked on the Third Crusade (1189), a massive expedition in conjunction with the French, led by king Philip Augustus, and the English, under Richard the Lionheart. In the middle of this, he drowned in a river. He had decided to walk his horse through the river instead of crossing the bridge that had been too crowded with troops. The current was too strong for the horse to handle, and his suit armour was too heavy for him to swim in: both were swept away and drowned. Some of Frederick's men put him in a barrel of vinegar to preserve his body.

Frederick's death plunged his army into chaos. Leaderless, panicking, and attacked on all sides by Turks, many Germans deserted, were killed, or committed suicide. Barbarossa's son, Frederick VI of Swabia, carried on, with the aim of burying his father in Jerusalem, but efforts to conserve his body in vinegar failed. Therefore, his flesh was interred in the Church of St Peter in Antioch, his bones in the cathedral of Tyre, and his heart and inner organs in Tarsus.

I wouldn't have known this if I hadn't stayed in hostel Barbarossa in Nijmegen, the oldest city of the Netherlands. Joep, the owner, has a red beard but it is a coincidence. When he started the hostel he didn't have a beard. He just chose the name because he liked the historical connection. The Barbarossa ruïn is only a short walk from the hostel.

It is a great place. I feel at home in the living room where I catch up on my writing. The hostel puts an empasize on art and sustainability. It isn't easy though. Joeps tells me he would love to serve a biological breakfast but it is simply too expensive. In the future he is hoping to grow food on the cozy roof terrass. He has a vision but isn't afraid to compromise in a modest way to reach his goal.
All the furniture is second hand. The upper floor houses artist studios and Joep brews beer with a few other people, planning to set up a small brewery in the future. I offer him to pay for my stay in art instead of hard currency. He is defenitely interested. But we are both busy people and haven't found an opportunity to sit down and talk business.

I wandered around in the city. It was sunny. I wore one of my two solar panels. It brought me into a conversation with Karwan. A young man from Iraq who has lived in this city for a long time. We
talked about sleeping in the wild, about the man who decided to be a sovereign citizen and live without money and was hosted for a couple of night by both him and hostel Barbarossa. We sat in the sun without shoes, people passed by and greeted him. When I felt it was time to continue my solitary
exploring he gave me 5 euro to support my project. I gave him today's story in return.

I walked to the Barbarossa ruin, embroidered my suit. Had dinner at the political café where on wednesday they serve soup and salad for a free donation. I listened to the lecture about anarchism but made sure to leave before the discussion started. I returned to my temporary home. Watched the moon from the roof terrass. Slept. Dreamt.