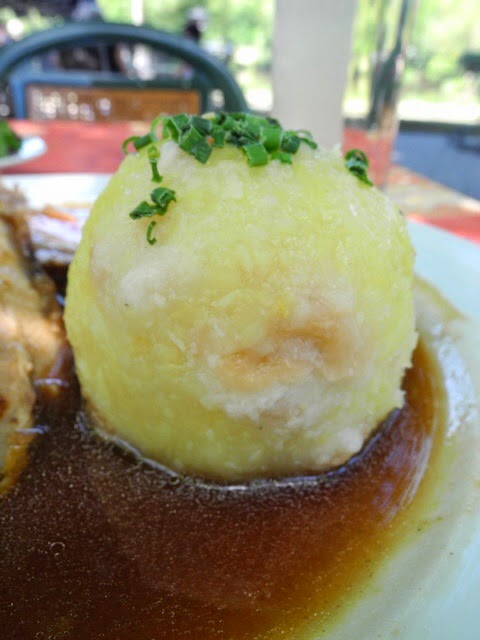 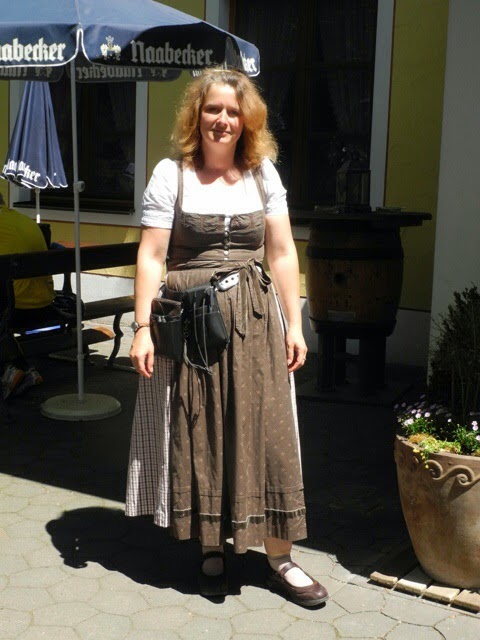 I've never really been to Austria. I was in Vienna once, but that isn't Austria, that's Vienna.
Today is Sarah's birthday and she introduced the term "Knödeleuropa" to me. She heard it being mentioned by a Czech writer and it reminded her of her childhood in Tirol: Speck (bacon), Knödel, Holunderlimonade (elderberry lemonade), Patschen (I had to look that up myself, a sort of house shoe, but different than Schlapfen!), woolen cardigans, Blauburgunder (wine), a meadow filled with flowers, a stream, cowbells. She was hoping I would encounter some of this today.

I had my doubts. Not about her memories, I liked them a lot. She called them nostalgic, cliché, but there is nothing wrong with clichés. To me it all sounded sort of romantic. Beautiful. Silent. An innocent world.

After a  cold rough night in the woods with perfect silence apart from an atmospheric owl, terrible nightmares haunting me all night, I woke up with a sore leg. I had stepped in a ditch the day before without noticing it. Just above my ancle it was badly swollen. What to do? Become friends with the pain and not walk too far.

The sky was a perfect blue. I had miraculously pitched my tent on the one spot where the sun peeped through a hole in the forest roof between 7 and 8 and I got out my solar panel, the one that was still working. Or had until that moment. I though about all the days with grey skies when I had tried to catch some sunbeams with my two solar systems and now when there was finally an unlimited supply of sun, both of them had died on me.

I sat in the early morning sun and soaked it up myself. Shook off the nightmares. Walked.

I walked through Kallmüntz, an artist village. Pittoresque. Aesthetically correct. It had everything you wanted from a perfect tiny town. Even a big name connected to it. Apparently Kandinsky stayed there for a while. A castle, a river, cute houses. Galleries and cafés. I quickly made my way through the city center into the outskirts. Too perfect for me. I would have to drink my coffee somewhere else.

I took the first opportunity. A Gasthof next to the river. I ordered my daily cappucino. The waitress was dressed in a Bavarian traditional dress. She was curious about my walk. And after I told her all about it, she offered me a free meal. I accepted, checked the menu and there it was. Knödel with pork belly. And a Holunder schorle.

Knödeleuropa straight into my stomach. I loved it.

And when I had finished my meal, two people joined me at my table. We talked. I told them I had slept in the woods. The woman told me she had difficulties finding somebody to take care of her house in the woods when they are travelling because people don't want to live in the woods. We exchanged phonenumbers. And the man took the broken cable of my solar panel and promised to drive to Regensburg and get me a new one and deliver it at the campsite I was heading towards.

I walked. Along meadows with flowers. Along a beautiful stream. With a painful leg. With a full stomach.


(today's story is for Sarah Wasch) 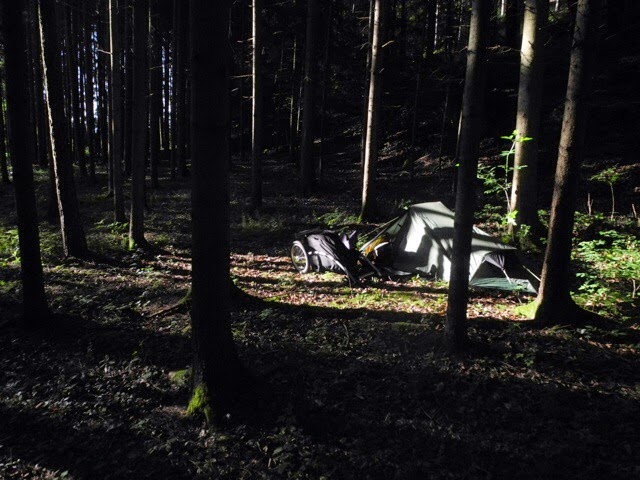