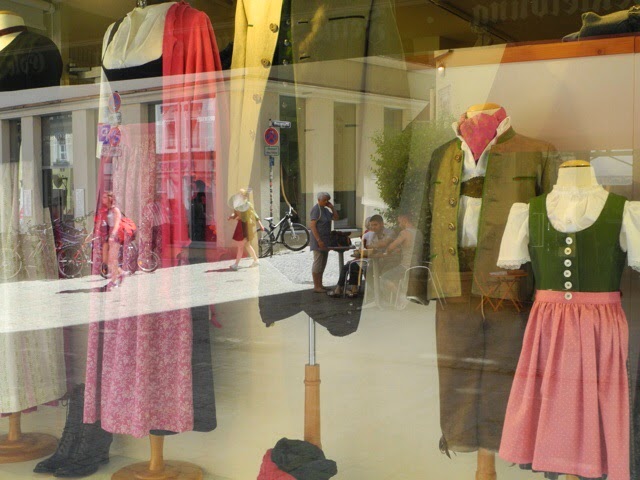 In the morning i observed two people in Regensburg city center. The first one was dusting the wall of his shop. With a small brush he removed whatever had gathered there during the previous day - I imagined him doing this every morning before opening hours - inbetween the layers of stones. In the shop window I saw expensive gold jewellery.
I also saw a woman walking the city centre streets around the same time. With one hand she was pushing an empty pram, with the other one she was holding her baby, breastfeeding him while walking, her left breast in plain sight. I liked how she was moving around and I told her. She answered "well, he is hungry, and when he is hungry I feed him". It reminded me of an evening when I was having diner with the girls who so kindly hosted me at Schwarzerden near Bamberg and we talked about Maslov's pyramid.
Later on I saw the woman again, breasts covered. She was asking people for money to buy food.

I wandered the streets of Regensburg, it was hot. I left late in the afternoon, following the Danube. I met a young sheperd who was walking with his sheep. He asked me about the plants I had hanging from the side of my cart. I told him I was drying them to use as tea. When the weather is so hot it only takes two days. I had thought about building a small rack so I could even collect more. I had though about building many things.

He walked in that area every day. We talked about how it doesn't matter if you walk on and on or if you walk the same route every day, since everything is different always. He told me that since he walks along the Danube Biketrail he often talks to people and a lot of them tell him they would like to do what he is doing. He laughed and said they've got no idea what it is he is doing. They all think he just slowly wanders around in the sun every day. I laughed too. I knew what he meant.

I ate some raw sugar beet. I found a pair of pink sunglasses. I reached Walhalla. I walked on.

I walked until it was dark. A warm night. A bright moon. 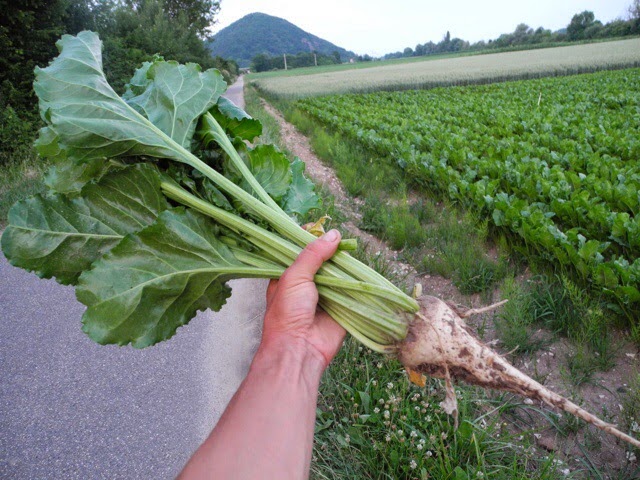 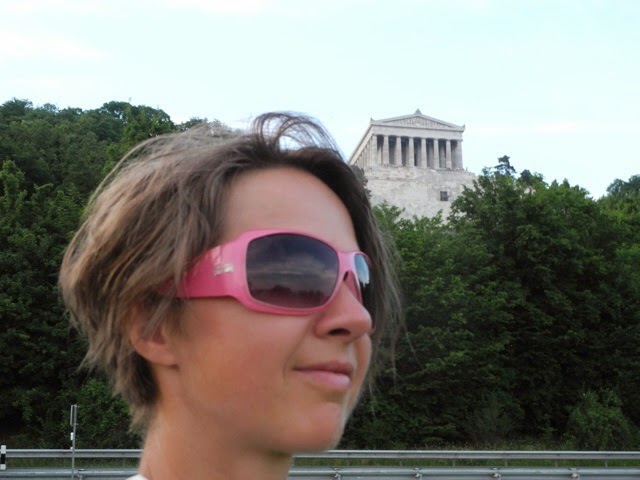 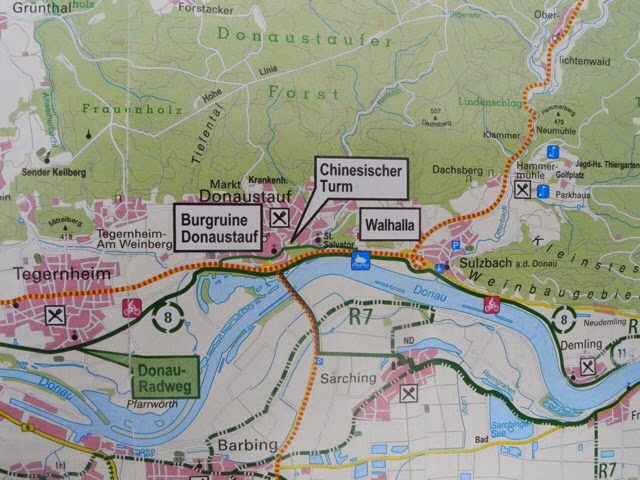