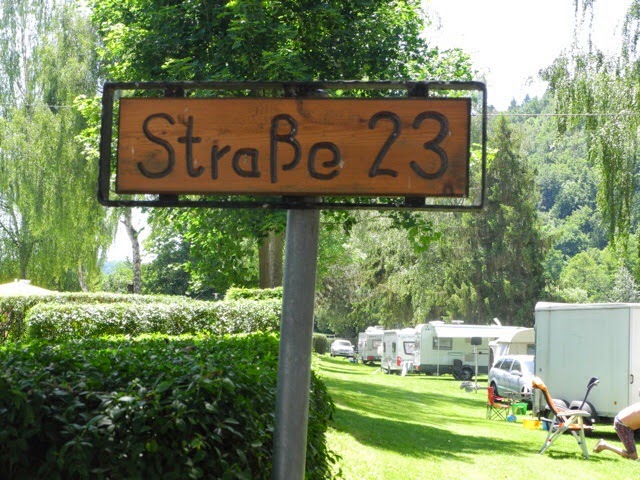 I withdrew. I built up walls. In the mornings early, before anybody was up, I searched the campsite for comfrey, Beinheil, to put on my hurt ankle. I listened to the birds. And when the people started shouting their good mornings to each other across the busy lanes, when they turned on their radios, started popping their beer bottles, I put on my headphones.
My wall consisted of music. It was medicine at the same time, maybe for my leg, defenitely for my soul. Bach's cello suites, Pergolesi's Stabat Mater, John Cage's Six Melodies, Steve Reich's Proverb, some Pärt. And at the middle of the day, the temperature still rising, people being at their noisiest, around two, just when I listened to Satie's Petite Ouverture A Danser, out of nowhere a huge hare ran passed my tent.

Satie owned 14 similar suits. He wore one until it had completely worn out and then moved to the next suit. When he died there were still 6 unused, brand new suits in his closet.

I lived in Strasse 23, Street 23. You can imagine how big the campsite was, knowing that my street wasn't the last one. On regular occasions announcements were made through a speaker system. Every time I was afraid my name would be called out and every time I realised nobody really knew I was here.

I was lucky. My street was a quiet one. To my right a couple in their seventies if not eighties, sleeping in a tent too small to stand upright in. To my left a lonely rider who took off in the mornings and returned dusty in the late afternoon.

For three days I moved around on the small field that had been assigned to me, trying to stay hidden behind the hedge, moving from corner to corner, avoiding the sun. Temperatures were tropical. I rested my leg and couldn't keep myself from staring at the numberplate of a campervan further down the road. LAUFN 25. The German word for "walking".

Mountains appeared. A huge mountain range. I chose the darkest blue I could find. Blue as a warm summer night. 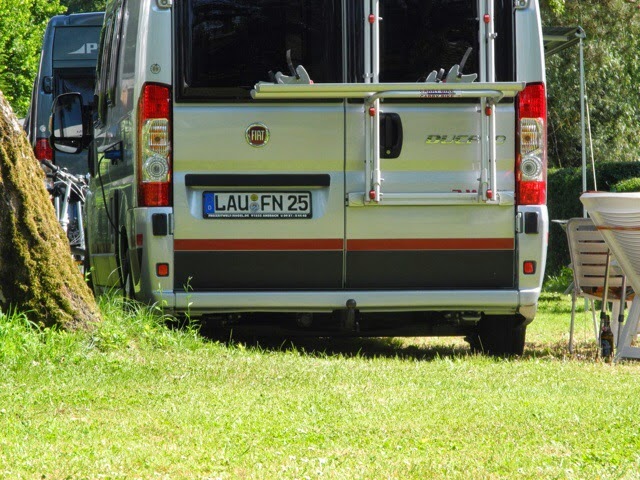 (todays story is for Daisy Winnifred)
Posted by monique besten at 14:33