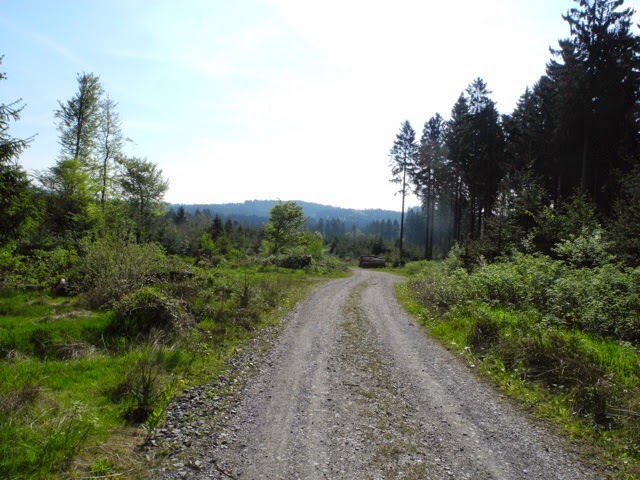 There are two questions I keep hearing on my long solo walk.

I am thinking about the last one today. I am in Bad Laasphe, at a weird campsite. There is nobody camping but me and I am surrounded by all sorts of funny houses, mobile homes, sheds, owned by people who rent a plot for the season. Some of them are there, most of them aren't. My tent is on a small field in front of somebody elses mobile home. I've got my own sanitary building with toilet and shower. I sit on the grass.

My neighbour is an elderly man, he walks up and down. He brings me a chair. He tells me he's got a table as well if I need it. He tells me he has got everything. I wouldn't mind a small table, so I walk with him to his property. It is a small wooden house with a tent attached to it and a big mobile home, a camper van next to it.

"I've got everything!" He says again and he waves his arms around him. "If there is anything you need, just ask. When it rains, you can sit here. Or if you want to cook .... " He hands me a small table. He starts to talk about his mother. She died a few years ago, aged 91. His best friend owned the house a bit further down the campsite. He died too. He tells me he is the youngest one at the campsite these days but the one who has been here longest. 40 years. He has a house an hour walking from here. He points at all the different houses, caravans, saying the names of the people who used to spent their holidays there and the year in which they died. His father died 33 years ago, when he was 28. I can't believe he is only 61.

I want to leave and do my own things but I can't leave. He tells me about his mother. He lived with her in the town an hour walking from here, he spent time with her on the campsite. He had his own room in the small house. But when his mother died he didn't enter the house for a year. He slept in the big camper van. Only when his best friend, the one who died too, almost forced him to go inside again he started spending time there again. "Come, I'll show you what it looks like!" he says.

The small house is filled with stuff. Fake flowers, stuffed animals, furniture, small statues, crockery, shoes, things, things everywhere. Lots of animals in all kinds of materials. In stone, in embroideries, soft toys, plastic deer and rabbits. In chocolate even, small beetles and ducks in shiny paper glued against the wall. He points at a corner. A fake candle burns in front of a photo, surrounded by cats and dogs and other creatures. He made an altar for his mother.
"She loved animals," he says. "I didn't change a thing here." But I knew that already.

He opens all the closets. Shows me what is inside. Tells me again he has so many things but he doesn't know what to do with it. He opens the lid of the pan on the stove. Potatoes. "The first thing I do every day is peel my potatoes," he says.

He doesn't ask me anything. I stand there in my suit and smile and nodd. I want to leave but I can't.

I walk outside. He says "Wait! Look here. More things!" He opens a small door to a small room. He tells me it was his room when his mother still lived. He shows me a t.v., another t.v., piles of cloths. All neatly arranged. I nodd. What to do. Things. I walk outside. He shows me the garden behind the house. He tells me he wants to sell the house but nobody wants it. He tells me the house where he and his mother lived, where he lives alone now, is big. But he only uses one room. The living room. He sleeps there too. He tells me he is used to being alone. When he was young he was always alone, his father and mother were working always. He cooked for himself. Pudding with honey. Sweet things.

I want to leave but I can't leave. He opens the door to the camper van. We go inside. He shows me the things there. The small coffee machine, the small water cooker. The space over the driver 's seat where he used to sleep in the year after his mother died. He takes me outside and shows me the motor. He tells me what is wrong with it and how he is trying to fix it, he wants to sell the thing but it doesn't run. He can't drive himself anymore anyway. He is blind on one eye and only sees 50 percent with the other one. He tells me about the one time he collapsed and was brought to hospital and nobody knew where he was, his wooden house was open, all his things standing outside. He didn't have his magnifyer on him and couldn't use his phone because his eyesight was too bad. He asked his neighbour in the hospital to dial a number for him but he got the pincode wrong three times and the phone was blocked. Nobody knew where he was but nobody searched for him.

And I think about three girls with whom I studied in Weimar. They were doing a project about loneliness. They closed down their facebook account. They sent people postcards instead of digital messages. They even spent a full day all on their own in a lonely place without talking to anybody, without any t.v. Or social media. A full day of loneliness. 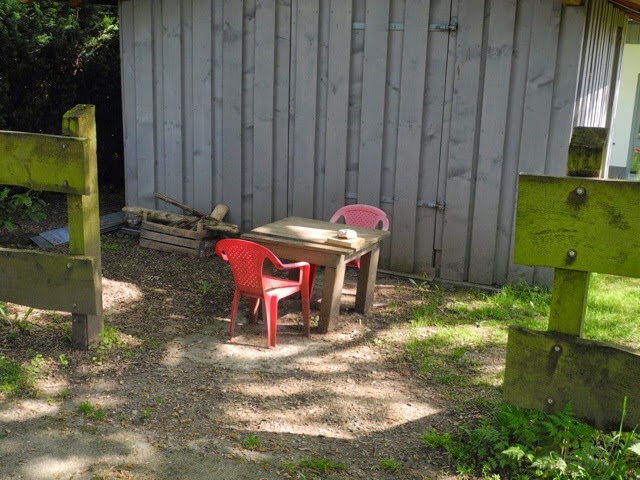