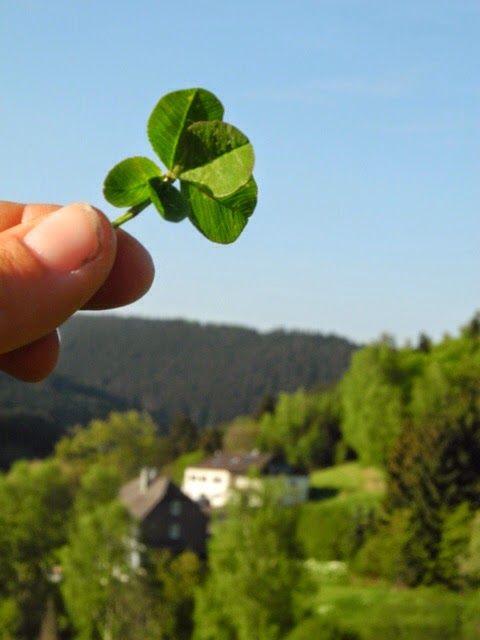 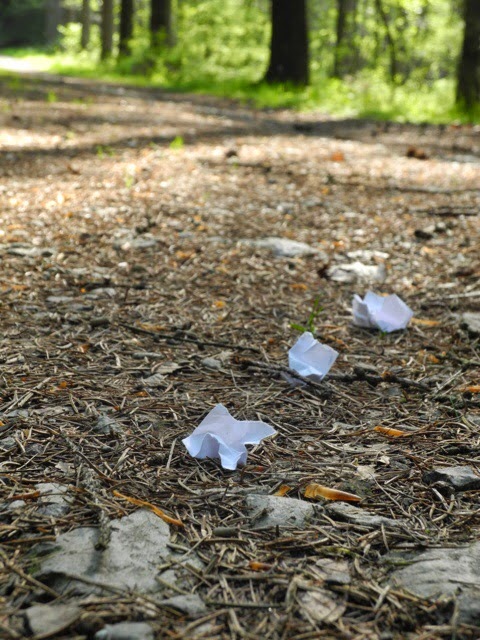 May 5th. Liberation day in the Netherlands. Celebrating freedom.
My journey is all about that. But instead of thinking about it specifically, I walked.
I walked 37 kilometers through the Rothaargebirge, the Red Hair Mountains, an idyllic scenery.

The day had started with a gift. The last days there have been many gifts. It all started after I wrote on day 22 that I realised there have been many offers of coffee, meals and beds in the Netherlands but none so far in Germany. Immediately the next day, when I spent a few quiet hours in a former mill drinking coffee, eating pastry and using their internet, the owner told me "Sie sind eingeladen", you are invited. The Rengser Mühle. That night I slept in the forest not far from the mill and the next day I walked to Olpe, it was cold and grey and I tried to find a cheap place to stay and then the Kolping Ferienstätte gave me a room and breakfast for 15 instead of 50. Plus three hours of free internet. The next day I wore my gloves. It was cold. Around six I reached a big forest. I saw a sign from a small brewery, IlsenBräu, they rented out rooms too. I was cold and tired. It would freeze again that night. The thought of a warm bed was too tempting. And even though they said "no" at first, because they were getting a big group of guests that night and there hadn't been time to clean the rooms, I got a room. A small apartment with kitchen corner and bathroom. A window overlooking the hills. And an
invitation to come over for a free meal and their homebrewn beer that evening. I went and met Jutta who was celebrating her 50th birthday with her husband Volker, their two sons and a lot of friends, relatives and neighbours. They all loved the Netherlands, particularly the sea. We ate good food, drank nice beer, ate three deserts and afterwards we all drank Jutta's raspberry liquor and she gave me the recipy. I will make it in the Nomadic Village.

The next day was a resting day. I spent it with music and books to ease the sadness that came along. I always think of Rilke's Letters to a Young Poet when I feel sad, how he writes about sadness being a sign of change often, a feeling you shouldn't run away from but experience and be aware of.

The sadness had gone the next morning, this morning. It started with a gift, Jutta had left me a small jar with "Lowenzähnensirop", Lions Teeth Sirup. We had talked about it, but I hadn't realised it is dandelion, the flower the Dutch call horse flower.

I prefer Lions Teeth Sirup though. A magical sirup. I will use bits of it when I am having a particularly hard time. Or when I need a small miracle.

So I went on my way carrying another present. And the day itself felt like a present too. Even though I struggled hard, climbing the high hills, even though my right leg hurt terribly by the end of the long 37 kilometers to Bad Laasphe. It had been sunny all day and the scenery was idyllic. I found another lucky clover, a five leaved one. And I collected the biggest ball of thread so far. Most of it consisted of the red and white tape they use in the forest in dangerous situations. When the danger is over, the tape is left. Traces of old danger turned into a small globe.

The day had felt a bit like walking in a dream. One of those neverending ones. 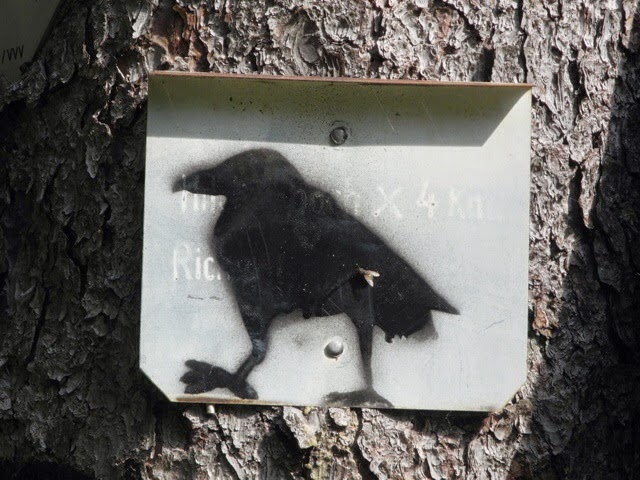 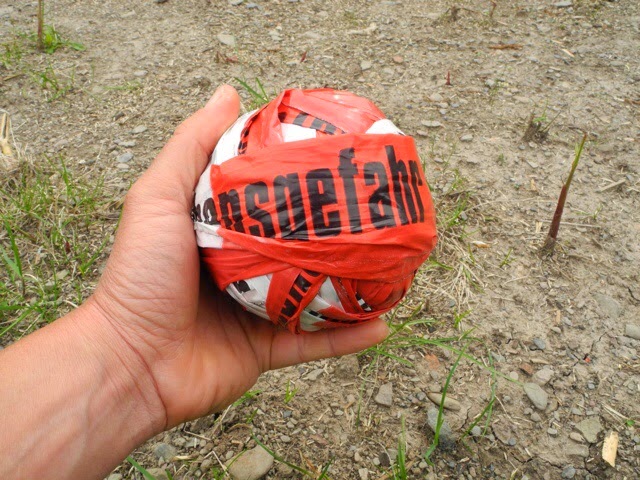