Day 33. Matters of life and death 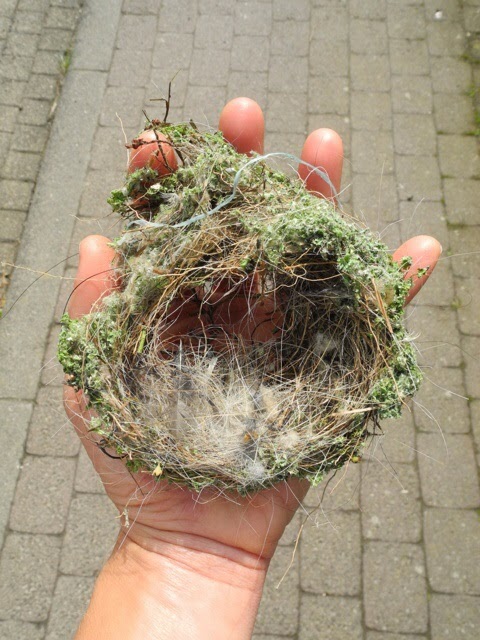 Instead of walking east I was driven west. In the back of the car a black high hat was lying on the couch. "Zilinder" in German, "chapeau clappe" in French. An undertaker's hat. Gerhard calls himself "event manager". He laughs when he says it. He laughs a lot.

I met him in the bar of the hotel where I landed late the evening before. I wanted to go to Marburg but I couldn't find affordable accomodation so I walked in a different direction. It rained and rained and rained. And rained. Too wet to camp. It was already dark when I entered Kirchhain. The Hessischer Hof had a room available. I couldn't really afford it but when you are soaked and tired you better forget about your budget. I kindly asked for a discount though. The owner said he would see what he could do.

The room was spacious, the bed soft. I went down for a beer. I talked to Heinz, the owner, Gerhard, the local undertaker, and when everybody had left, Isolde, the lady behind the bar and I stayed for a last beer. By then I knew quite a lot about people I didn't even know existed until a few hours earlier.

I was invited over for coffee at Gerhard's the next morning but he had forgotten all about it. I don't think he remembered much of what we talked about the evening before either. He had been celebrating with a friend who comes over once a year. The rest of the year they talk on the phone. Every Sunday between 11 and 12.

Gerhard hadn't chosen to become an undertaker. It had been his grandfather's profession and his father's too. He wanted to become a teacher and his sister was very interested in taking over the family business but in those times it didn't work like that: the son takes over the business, no discussion possible. So his sister became a teacher and Gerhard followed in his father's footsteps.

He told me about his boat trips. About travelling to New York in the fall, but arriving the way the migrants did in former centuries. From Montreal the boat will sail north, pass Halifax, head towards New York. A dream coming true.

He had been married but his wife had died. His best friend, Isolde's husband, had died not that long before. He told me that when he would die himself, he wanted his ashes to be spread in the sea. He had arranged it already. Of course he had.

When I studied history I wrote my thesis about death in the late middle ages. I read testaments and letters and other material I found in archives. The testaments and burial accounts were amazing documents. Poor people were hired to accompany the coffin while it was wheeled around town in a fancy carriage. The burial meals were enormous, stuffed peacocks and swans, tables filled with exotic ingredients. I'm still intrigued by death and the rituals surrounding it. It was a treat to talk with a professional about it.

Gerhard suggested visiting Marburg and suddenly the Sunday became a proper day off. Why not? So he drove me there.

He knew his way around, we drank coffee with a view. Brombeerkuchen. Sightseeing. A tour through the surroundings. Back to Kirchhain for white wine. I broused through catalogues with artistic urns. I think about my own departure from time to time but never organised it. I learned that in German they don't use the word cremation. There is the earth burial and the fire burial, Erdbestattung and Feuerbestattung. Gerhard pointed at an urn resembling a big golf ball. He said he gave one to a friend who likes golf, he uses it for drinks when he has guests, he serves fruit bowl from the urn.

I left and went to a small Turkish restaurant to get some food. I ended up talking with the owner and his wife for a long time. She didn't speak English but asked questions in Turkish and he translated. They showed me newspaper articles about their son, a well known singer. They didn't want me to pay.

Another night in a bed. Another breakfast. Another gift. Heinz, not only hotel owner but also the local butcher and therefore known as Schweinz Heinz, didn't want any money for my stay.
A last cup of coffee with Gerhard. He gave me a book. How to read the sky. A sailor's manual.

There is much more to tell. I heard some beautiful stories. But when you get to know people better and they confide in you, it is difficult to decide what to expose to the whole wide world and what not. But maybe you can read it inbetween the lines.

If you are ever in Kirchhain, go here: http://www.hotelhessischerhof.de
You will make friends.


Today's story is for Tineke de Jong
Posted by monique besten at 01:09