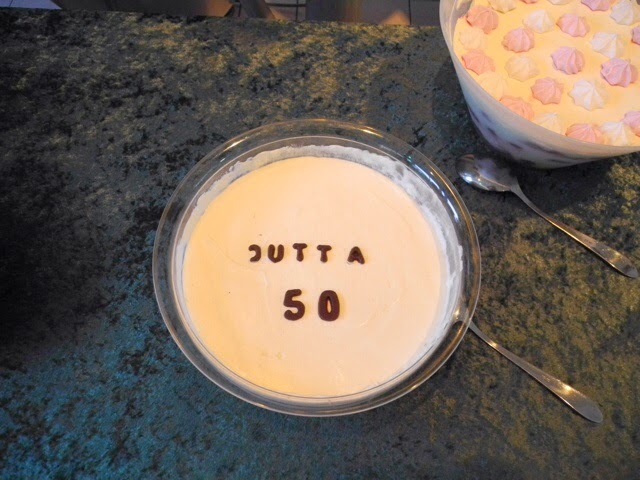 Jutta turned 50 today and I am invited. Amsterdam is her favorite city. She has been there three times with Volker, her husband. They like the seaside too. Egmond aan zee.
Her whole family is there, her friends, her neighbours. We eat four kinds of meat, salmon, salad, vegetables. Three different deserts. Raspberry liquor, white wine and the beer from the small brewery where we are celebrating.
I don't know anybody, I don't know Jutta but the apartment I rented for the night is owned by the brewery and they take care of their guests well. It is strange to be there, the sort of party my own family far away in the east of the Netherlands would organise, I remember the one when my father turned 50, same kind of music, same kind of people. I feel at home and out of place at the same time. I drink another beer. I feel like dancing.

I had planned to walk another 10 kilometer but I left Olpe late, tried to solve the internet issue, had my German phone fixed. I met a man on my walk who had just arrived by bus from Bonn and was wallking the last kilometers to the village where his god child was living. It was the kids birthday today. The man was a marathon runner. I forgot to ask his name, we talked about walking and running and when we arrived in the small village where they were waiting for him I walked on.

I walked through Krombach, famous for its beer, and through Ittfeld. After Ittfeld there was a long stretch through the forest. I thought about sleeping there. It would be below zero that night.
Just before I entered the forest I saw the sign. Fremdenzimmer. I called it a day. And two hours later I was toasting with Jutta.