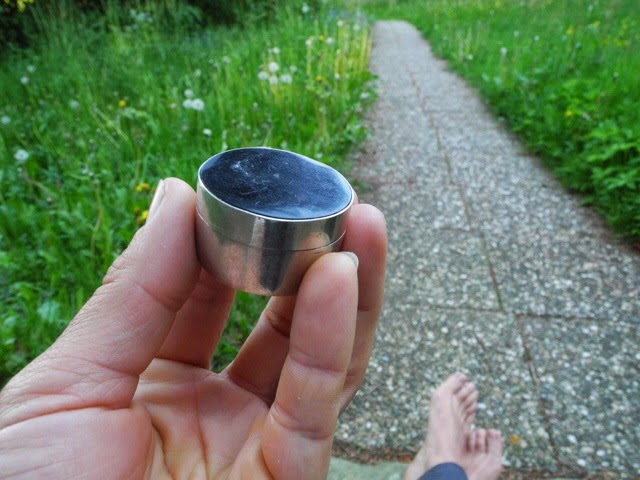 I almost forgot about it. I am carrying an old secret. Today Hannah asked about it. She had seen a photo on one of my blogs. A small round box. When you shake it, it makes a sound. Something is inside. But sometimes you shake it and there is no sound. Sometimes it appears to be empty. Schrödinger's cat, somebody suggested a while ago.

I found the box in a dumpster last year when I was in the Nomadic Village. I never opened it. But many people have tried to guess what is inside. Somebody even dreamt he opened it, but the content was disappointing.

I like seeing people deal with the secret. They shake it, softly, strongly. They listen carefully. Some have theories about what is supposed to be in a box like this and why somebody would throw it away. Some are really sure about what they think is inside. Every time I see people deal with it, a part of the secret is revealed to me. But I am looking into another secret.

I took the box with me on my walk. I will carry it to the Nomadic Village. Maybe I will open it there. Maybe not.

Today I watched three girls guessing. Claudia was the first to know. She was quick. She shook the box. She thought it was a dice. She didn't hesitate. First impulse. Ready.
Hannah was slower, more contemplative. She turned it around slowly, again and again. She held it close to her ear. She tried to imagine it. In the end she decided it was a ring. Silver coloured with a silver stone. I could see she saw a clear image in her head.
Caro held it now and then, seemed to forget what she was holding in her hand. I asked her twice what she thought was inside but she couldn't give me an answer.

(Read more about the box and its secret HERE) 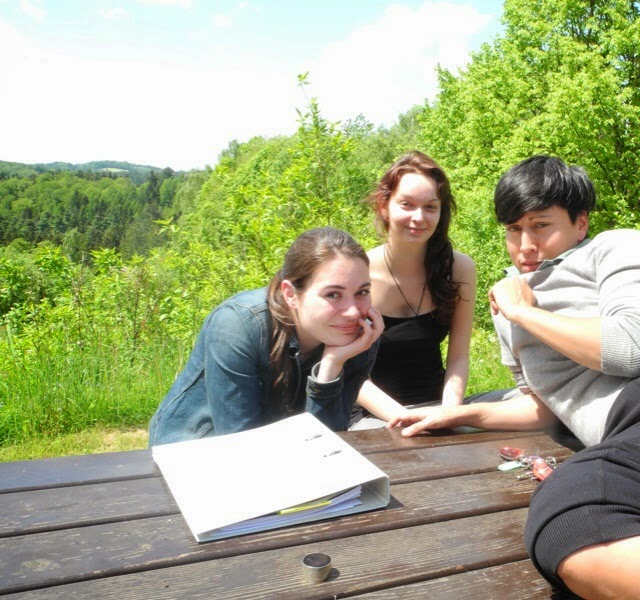 (todays story is for Serena Chalker)